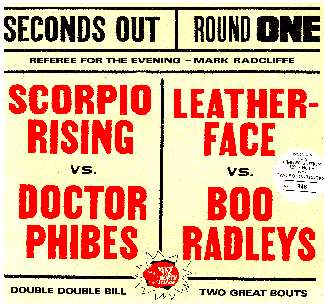 Before the Graveyard Shift Mark Radcliffe and the Boy Lard had worked on Radio 5's 'Hit The North' a program which had many similarities with the Graveyard shift. Hit the North had many sessions from up and coming bands and many quality items. In around 1992 (I think) they released a double LP compilation of 4 sessions from the show some of the albums came with a free 12" single with 2 bonus tracks.

Thanks very much to Steve Roden for the pictures and information on this page.